In my last post, I discussed the benefits of Separately Managed Accounts (SMA’s) for Investors.  So, the next step is to talk about some of the drawbacks.  The first problem you run into is the larger minimum investment size in order to obtain an SMA over a traditional LP investment.  There’s not a hard and fast rule, but typically the minimum investment for an SMA is roughly five times larger than the minimum investment into the actual fund structure. 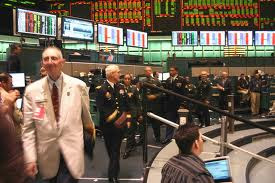 Second, sometimes too much transparency and liquidity can actually be a bad thing.  You might be asking yourself how I could say that after I have been touting the importance of transparency and liquidity over the past few years.  Imagine an investor who is seeing intra-month volatility two or three times greater than the monthly volatility he is used to seeing.  Or imagine if his portfolio was down ten percent intra-month.  Investors with a quick trigger finger might close out too soon on a manager and miss the upside after seeing the negative performance.  Investors may not understand the strategic position of the portfolio manager, who might even be expecting intra-month drawdowns.  In fact, many option strategies do consistently drawdown leading up to expiration before going positive as options expire worthless, and many managers might be down 5 to 10 percent in the first half of a month and up that same amount in the second half.
Lastly, many strategies might be negatively affected by the SMA structure, and the fund manager might feel encumbered by using the investor’s broker.   He may not have access to the research he needs with the new broker.  He might trade hard-to-borrow stocks that aren’t readily available with one prime broker and prefers to utilize a multi-prime broker model.  And, of course, some assets can’t be traded Parri-Passu in different accounts.
So, we know not all funds are appropriate for SMA’s, but not all funds are willing to take on SMA’s either.  Many of the larger, more established managers don’t want to deal with SMA’s, and quite frankly, don’t have to.  Actually, it is much easier to have an investor in the fund as opposed to in an SMA; that’s why they invented hedge funds in the first place!  After speaking with Brent Gillette over at Investment Law Group, he mentioned that legally a manager will have more fiduciary responsibilities and thus more exposed to liability.  Brent also pointed out that the performance fees in an SMA are subject to ordinary income taxes as opposed to capital gains taxes for a fund’s performance fee.  Also, some fund managers are very “secretive” about their strategies and wouldn’t be willing to let investors see live trading in the account.


While some fund managers avoid SMA’s, let’s talk about the recent increase in the use of Separately Managed Accounts.  As the financial markets melted down in 2008 and investors were pulling out money as faster than Elin Woods at a divorce hearing, fund managers began to find out how hard it can be to raise assets.  The power in the industry shifted in the favor of investors, and many fund managers were willing to bend to investor demands.  Also, as technology has improved, prime brokers are more equipped to handle the logistics of SMA’s.
So, now that fund managers are taking on SMA’s, let’s discuss how they benefit from Separately Managed Accounts.  The obvious reason for taking on SMA’s is attracting investor capital.  SMA’s allow the investor more control and can ease his mind about committing capital to a fund manager.  Also, smaller managers now have access to institutional capital that was normally only available to large and established managers due to SMA’s.  For instance, a $2 billion pension isn’t going to want to allocate less than $50 million to any one fund manager.  There are due diligence and human capital costs in making allocations, and anything smaller than $50 million isn’t worth it (I wish I had that problem).  Well, $50 million funds are not going to bring in $50 million allocations.  Typically, institutional investors only want to be, at max, 10% of the fund’s AUM.   But, they will allocate via an SMA.  Also, institutional investors prefer Separately Managed Accounts since they severely reduce the chance of fraud.
Yet another benefit for a fund manager that allows SMA’s is the ability to actually grow their fund.  That's right, I said "grow their fund."   Increased ‘strategy’ assets under management in a Separately Managed Account increase the manager’s credibility.  This is the snowball effect of raising assets.  Increasing AUM makes the fund more attractive to other investors and will lead to other allocations.  Once the fund manager has raised a decent amount of assets under management through SMA's, investors will start to care less about the total fund AUM.  Specifically if the manager raises their minimum further for future SMA's or cuts out the offering of SMA's entirely, thereby making a fund investment the only way to get involved with the strategy.


So in summary, are SMA's a blessing or curse to today's hedge fund industry?  In my opinion, there is no doubt they are a blessing.
Posted by Evan Rapoport at 6:55 AM

Get updates by email!